Rewild to mitigate the climate crisis, urge leading scientists. The Guardian reports that restoring natural landscapes damaged by human exploitation can be one of the most effective and cheapest ways to combat the climate crisis while also boosting dwindling wildlife populations, according to a scientific study published recently.

If a third of the planet’s most degraded areas were restored, and protection was thrown around areas still in good condition, that would store carbon equating to half of all human caused greenhouse gas emissions since the industrial revolution.

The changes would prevent about 70% of predicted species extinctions, according to the research, which is published in the journal Nature. 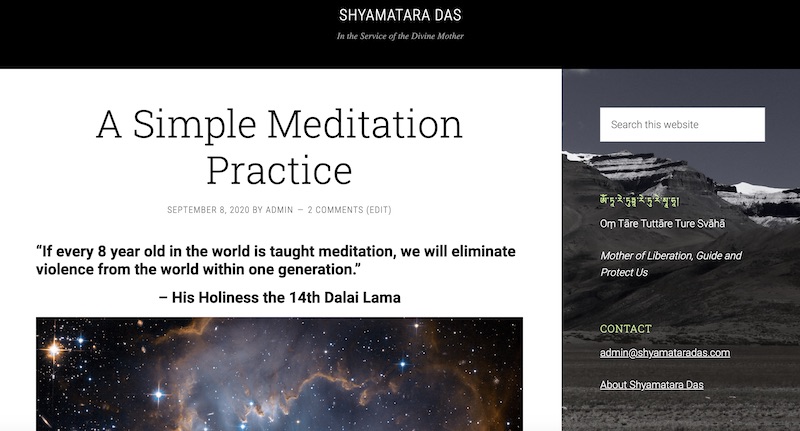 There was a brief moment after the election in 2008 where I was worried that G.W. Bush and Dick Cheney would refuse to leave office. When the fears proved unfounded, I chalked it up to paranoia.

This year, I just don’t know. It’s hard to say whether it is sad, or fortunate, that we have come to the point where we have so little confidence in the health and veracity of our public institutions. I suppose that it may be both.

In any case, if folks’ fears about this are realized this time around, the notion of a nationwide general strike to keep the current occupant of the White House compliant is appealing.

Unions Are Beginning to Talk About Staving Off a Possible Coup – Labor Notes Reports: “Therefore, be it finally resolved that the Rochester Labor Council, AFL-CIO calls on the National AFL-CIO, all of its affiliate unions, and all other labor organizations in the United States of America to prepare for and enact a general strike of all working people, if necessary, to ensure a Constitutionally mandated peaceful transition of power as a result of the 2020 Presidential Elections.”

The Other Kellogg: Ella Eaton – Edward White’s monthly column, “Off Menu,” at The Paris Review, reminded me about cold cereal’s early history as a health food.

I’m ashamed to say that I had never heard of Ella Eaton.

In the Kellogg story there was one person in particular devoted to getting food right—not the flamboyant, egocentric John, nor the embittered, entrepreneurial William, but Ella Eaton Kellogg, John’s wife, one of the most overlooked but most important names in the ever-twisting story of America’s relationship with food.

A Bunch of Union Organizers Explain What’s Wrong with Unions – Hamilton Nolan from In These Times asked the real experts about the gap between public enthusiasm for unions and the lack of actual union members.

Personal Notes: I am a proud, card-carrying union member. Also, I once came dangerously close to being hired as an Associate Editor at ITT. 🙂

I cannot explain it. You’ll just have to watch. 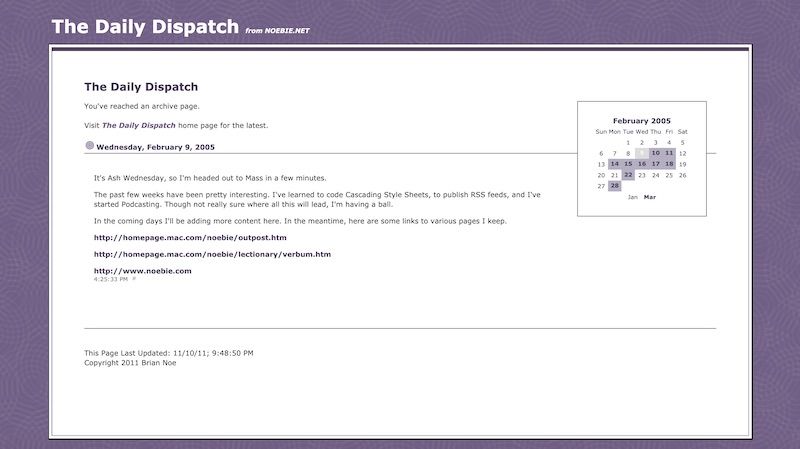 This weblog began on February 9th of 2005. At the time, it was on the Radio Userland platform under Salon.com’s hosting. At some point I moved it to a self-hosted site with the same platform, but eventually functionality began to deprecate, and I found myself moving to WordPress on November 11th of 2011.

In the  early years of this website, blogging was fairly new. Podcasting was just beginning. I remember being thankful and excited for the opportunity to write and create, and to publish my creations for the world to view. It was really through this vehicle, The Daily Dispatch, that I found myself, my voice and my tribe.

My tendency in those early days was to use Userland’s built in news aggregator to track dozens (or maybe hundreds) of RSS feeds to find things of interest to share, along with my comments. I would also write some longer form content of my own from time to time, but much of the time I was posting links and brief comments several times a day, in the same way that we do on Facebook and other social platforms now. The site lived up to its title back then.

Today, I migrated the last of my web properties (including this one) over to a new hosting provider. Sort of like when you move house, the process afforded an opportunity to take stock. I looked back over some of that content from the early days, and was able to get a sense of how the site has evolved over the years, both in terms of the types of content, and the topics upon which they centered.

My interests have changed a great deal over these 16 years, and I believe that I have grown and matured as a person. I find myself much less preoccupied with “the news” and the political landscape. It’s not that I consider what’s going on “out there” less relevant, but I find it much more difficult to see a way forward involving political work as we currently do it. In any case, that sort of thing is no longer my passion. For better or worse, there seems to be plenty enough passion to go around on that front elsewhere anyway.

Thankfully, there are a number of other things about which I do remain passionate, and I am excited at the prospects of sharing them.

In the weeks to come, I hope to give more attention to this site, posting items and links of interest along with short comments about them as I used to do. I also plan to add more poetry and occasional essays that don’t fit well with my other (now rather extensive list of) website projects.

I may also begin to create some audio podcast episodes again at some point, and if that is the case, I’ll likely use this site for shownotes, links and related content.

So, drop by when you can, or add the site to your RSS newsreader aggie if you still have one. I will not promise that the dispatches will be daily, but I hope that they will at least be more frequent.

frankly
it’s none of your god-damned business

and it was a long time ago

but if you must know

i cried for help

and she slept right through it

when it was time to wake up