For much of my adult life, I have been “a political activist.” This activism took many forms, some having to do with electoral politics, some having to do with community organizing and advocating. All of these activities were conducted with the best of intentions, and with the goal of “making the world a better place.” My attention was ever focused on injustices, and problems, and the people who were responsible for causing them.

On April 28th of this year, I attended a Zoom call for a socialist reading group that I had first organized years ago, and found myself feeling tense and frustrated almost beyond description throughout the entire call. It felt like a recurring, tedious nightmare. Afterwards I took a breath and realized that this chapter of my life had come to an end.

I had begun what might best be described as “a turn inward” a year or so earlier. The more I delved into the stillness, the less attraction the huge contentious ball of negativity held for me. Increasingly, as time passed, I saw political organizing and activism as massive wastes of energy. Still, I was hesitant to entirely turn my back on activities which had been at the center of my life (I would even say had largely defined my life) for such a long time.

Finally, though, engaging in struggle as a way to effect change got to be incompatible with what I was coming to believe about the fundamental nature of our world. This was a hard realization for someone who considered himself a Marxist, but ultimately it was too compelling.

So I just stopped.

I stopped attending meetings and calls. I removed myself from various groups on social media. I handed off projects and websites to others, or let them die. I stayed away from political discussions. I quit attending and promoting community actions of a political nature. Throughout the 2020 election cycle, I was, for the most part, mute.

For some of my erstwhile comrades, my friends, and even some of my immediate family, this change in my thinking and activities seems to have come as an unpleasant shock. The need for change has, perhaps, never been greater. The Trump years brought one catastrophe after another for working people, and particularly for the most oppressed among us. To turn one’s back on struggle, to forswear outrage, to be one less pair of boots on the march, one less voice raised in resistance, one less caller getting out the vote, one less hand being lent to the organizing efforts – I suppose it appeared to be something akin to betrayal.

I won’t go so far at this point as to say that the clenching and the shouting and the marching is a waste of everyone else’s time, but there is no question that it would be a waste of mine. It brings out the worst of my judgmental, impatient, unpleasant tendencies, and if  “the good fight” cannot be conducted with a smile on one’s face and with love in one’s heart, then it ceases to be good, and becomes just a fight.

Energy goes where attention is placed. If attention is placed on nastiness, negative people, and negative states of mind, then all of the energy goes into an endless, recursive tsunami of negativity. This is the current state of politics in America, and I refuse to contribute any further to it.

Perhaps it is naïve to place one’s hope in the spirit of love. Or perhaps one day that spirit will give rise to a mass movement toward peace and justice and light and life and redemption. I do not know. But I do know that I am contented, despite all of the madness swirling around us, for the first time in a very long time.

I have been accused, very directly and pointedly, of exercising privilege as a grey headed white straight cis male in my refusal to opt out of that contentment. If it is necessary to be angry and outraged and addicted to one’s own stress hormones in order to demonstrate concern and compassion and solidarity, then I will plead guilty as charged. But I suspect that all that is truly necessary is the spirit of love, and the works which are attendant to it.

So I will continue to give my attention to feeding people and to nurturing that spirit of love.

And that will have to be enough.

Dying words
“If you leave me now we’re through.”

He would have hurt you anyway.

Although I am not a trained TM practitioner, the technique is (from what I understand) similar to what I practice each day.

CEO of the David Lynch Foundation, Bob Roth, recently spoke about TM in an online video seminar for folks who are interested in learning it. The video doesn’t describe the step-by-step specifics of how to meditate, but is an excellent introduction to the philosophy and benefits of the practice.

Mirror, you misunderstand
You cast me in a bad light

Not I, this coarse beast

The wounds
The suffering
Are justified

I am not the one who needs to change

I don’t have a lot to say yet on the technical or political aspects of this year’s Presidential Election. I think that we will learn a lot once data on Hispanic voters can be parsed.

Like many, I am relieved that we will have someone in power who is more competent, better mannered, less buffoonish, and less overtly racist and sexist.

If someone is expecting a Biden Administration to be anything more than that, though, I am afraid that they may be disappointed.

Perhaps it is just my own perception, but I’ve noticed that Veterans Day 2020 seems, at least for some, to be more an occasion to celebrate military might than anything else.

To the extent that America is, or ever has been, great, that greatness has derived from the strength of our ideals, not from our nation’s ability to destroy more things or kill more people more efficiently than other nations.

Among ideologies, nationalism seems to me to be among the most childish and ignorant of all. I am sad to witness so much of it.

Preface notwithstanding, here is a post from nine years ago that still expresses the gist of my own personal observance today.

I wish you peace,

Guggenheim Fellow Anna Badkhen writes about zeitgeist in Philadelphia, collective spirit in the Global North, and what the birds foretell. 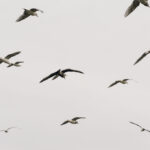 We may say we like to be surprised, astonished, but we like to be surprised in a particular way that is expected or suits our projected needs. This is why children like to hear the same stories. Their predictability is something to hold onto. This is why I am rereading the classics, which I first read as a very young child: it is like worrying a rosary or a wave-grooved seashell you keep in your pocket, something familiar for the fingers to run over and over. This is why we read projections for how long the pandemic will last, or who will win the election, or whether the global uprising against racism will prevail: we want to know when those of us who survive can go back to normal. We want to project that normal.

I just finished watching Scorsese’s film about George Harrison. It left me even more in awe than I had been. 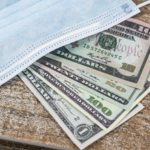