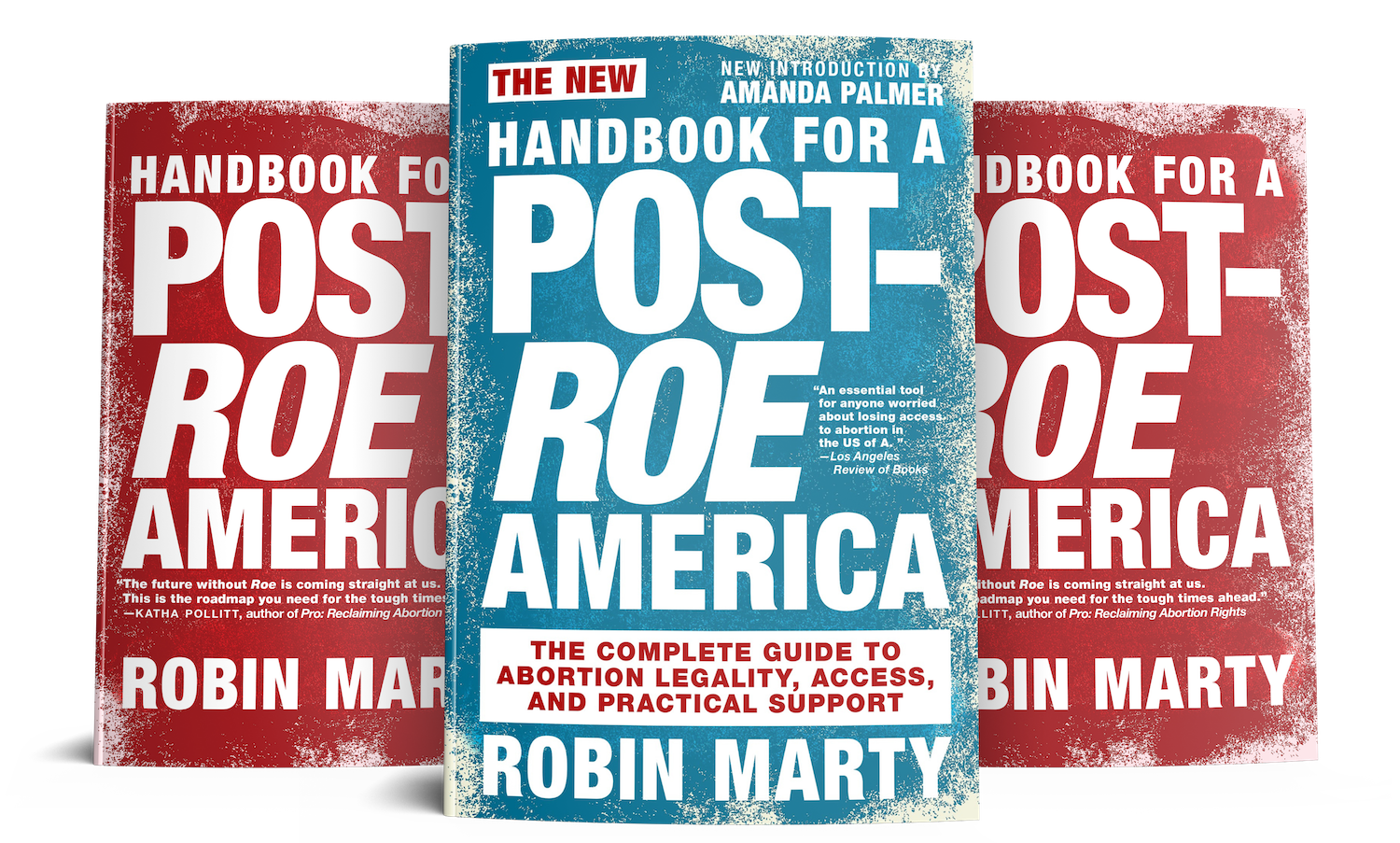 Robin Marty’s Handbook for a Post-Roe America has been recently updated, and is available for download for less than $10 from Seven Stories Press.

It seems like this might be a good time to take a look at practical steps we can take to offer aid and comfort to women who need it.

Here are a few related links.

Amazon Link – This one donates a portion of the sale to the Abortion Care Network.

With each new school massacre, there is a predictable pattern of reactions that has come to seem almost performative. Much of what is said and written seems little more than hurling insults towards political opponents, utterly without value to either grieving or prevention.

There are some actual, practical, well-researched and replicable steps that our communities can take toward prevention though, and they do not require shouting obscenities, or writing your representatives in Congress, or tilting at political windmills.

Mark Follman is the author of Trigger Points: Inside the Mission to Stop Mass Shootings in America. He appeared in April on Democracy Now! to discuss the book, and they recently featured the interview again after the massacre in Uvalde.

You can read an excerpt of the book at the link below from Mother Jones.

Here’s How We Can Prevent the Next School Massacre – Mother Jones. Inside a growing method that experts are using to thwart disasters like the recent Oxford High rampage. If you are poor, ill or addicted, don’t worry. We can warehouse you almost indefinitely and you’ll never have to worry.

From a new report by the Vera Institute of Justice:

“Local jails, which exist in nearly every town and city in America, are built to hold people deemed too dangerous to release pending trial or at high risk of flight. This, however, is no longer primarily what jails do or whom they hold, as people too poor to post bail languish there and racial disparities disproportionately impact communities of color. This report reviews existing research and data to take a deeper look at our nation’s misuse of local jails and to determine how we arrived at this point.” What a champion of the average family! No?

Peak Oil Theory says that the rate of production worldwide may soon be in terminal decline, with dire consequences. It’s been called “the world’s biggest serious question.”

When will the peak happen? What will it mean to our lives?

Find out on Learnist.

What Is Peak Oil and Why Should I Care? | Learnist.